This article first appeared on Sprudge in April. But it deserves another mention. 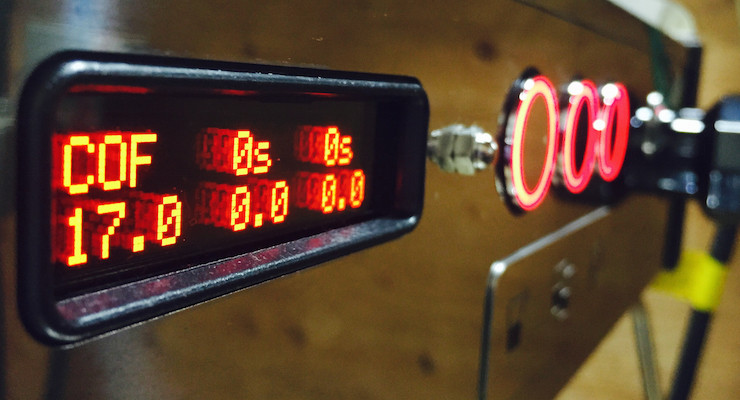 We are living in a Neo-Italian espresso preparation era. Espresso is being brewed meticulously by fastidious baristas around the world on top of the line equipment. Old world Italian methods like pre-ground espresso, full dosing chambers, 1:3 ratios, and 14 gram baskets are en vogue. What’s old is new again. Perfecting these practices with scales, better grinders, and much better coffee? Well, that’s what makes this such a delicious time to be an espresso drinker.

Here’s a new wrinkle in the pursuit for delicious espresso coffee, courtesy of our friends and partners at La Marzocco: La Marzocco’s Linea PB espresso machine will soon be available with scales built in to the drip tray. SCALES IN THE DRIP TRAYS.

Scales in drip trays are not a brand new concept; several other espresso machine companies have been tinkering with similar tech, and La Marzocco themselves outfitted prototype Stradaespresso machines with scales all the way back in 2012. But in the three years since then, and with help in partnership with the scale masters at Luminaire, La Marzocco have created scales they claim are capable of reading precise weights during even the most jiggly of high-volume situations.

The Linea PB will soon be available for purchase with built-in drip tray scales. This is a real thing that is happening. La Marzocco have also created something called Auto Brew Ratio, a technology that’s going to get coffee geeks wiggling.

READ THE REST OF THE ARTICLE ON SPRUDGE.COM.